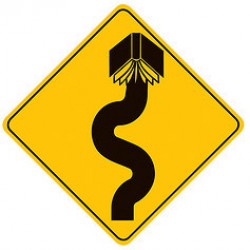 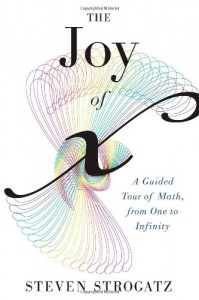 I wish I could have read this book during that hell year of first year university, when I barely passed calculus despite devoting more time to studying it then the other 4 subjects combined (or maybe it just seemed like that -- very long nights in the library, writing out reams of papers of formulae, the table strewn with my hair and tears).
Now sufficient time has passed and, like childbirth, I forget the pain and remember only those good moments, the eureka! ones.
This isn't a book for geeks and nerds, coz they already get this stuff. But for the rest of us who might still be curious, it is just as advertised in the blurb.

One of my favourites was the explanation of the quadratic formula. I learned how to solve it, but never understood "...the cleverness packed into that porcupine of symbols." He says that "The quadratic formula is the Rodney Dangerfield of algebra. Even though it's one of the all-time greats, it don't get no respect." He then goes on to provide and illustrate the history and concept of the equation with elegant passages such as, "The upshot is that x² and 10x are now moving gracefully as a couple, rather than stepping on each other’s toes, by being paired within the single expression (x + 5)². That’s what will soon enable us to solve for x."

And then there's this excerpt from the discussion of π, and infinity to the rescue:
"What’s so charming about this calculation is the way infinity comes to the rescue. At every finite stage, the scalloped shape looks weird and unpromising. But when you take it to the limit—when you finally get to the wall—it becomes simple and beautiful, and everything becomes clear. That’s how calculus works at its best."
and
"This approach is known as the method of exhaustion because of the way it traps the unknown number pi between two known numbers that squeeze it from either side. The bounds tighten with each doubling, thus exhausting the wiggle room for pi."

This man loves math, and the reader can't help being caught up in the passionate and well-written explanations.
Tweet